I have the most incredible Zumba teacher and I love to dance with all my friends.

These are my uncensored thoughts.

My Spanish is largely unintelligible and inaccurate. I’m pretty sure what I’m trying to sing is inappropriate and potentially profane.  Zumba makes native English speakers do bad things to foreign languages.

I know more Pitbull lyrics than most other soccer moms.

This Zumba branded apparel might be a time saver in the ER when explaining what precipitated my coronary. I can just point, point, double point.

This choreography change brought to you by Extra Strength Lady Speedstick, which gave out in song 3.

Does defending “my spot” count as having recent military experience? I think people underestimate how much cut throat tactical strategy goes into doing so.

Am I committing a mortal sin of cultural appropriation? I have strong feelings about people who wear First Nations headdresses as a fashion statement. I feel like people who come from places where salsa is a thing wouldn’t like what this white girl is doing to their dance moves in the name of fitness.

If I keep spending my nights here cataloging all the epic anthems celebrating big booties I’m not going to *have* one anymore. My derrière in it’s current format is a testament to the ability to possess a ghetto booty without having to reside in an actual ghetto, and I think that’s pretty special.

Sweat drops on contact lenses. The struggle is real.

Environment Canada’s weather forecast made no mention of boob sweat in biblical quantities.

Disappointment: realizing the fans in the group exercise room don’t make my hair flutter sensually like on a shampoo commercial. My Rose from Titanic reenactments in front of them are pretty epic though.

I hope my kid appreciates one day when he’s older that because of him I have to wear black Capri leggings to class.

I would feel less awkward doing this if I had some tequila. A lampshade on my head would probably do a better job of keeping hair out of my eyes than this stupid headband.

It is hard to shimmy when your sports bra gives you uni-boob.

Zumba minutes go by like Pinterest minutes, but they smell a lot worse and have less glitter. At least at the end I feel like I nailed it.

I’m pretty sure I look like an overly excitable seal when I clap, but I don’t care.

Double tap means something else on Urban Dictionary. 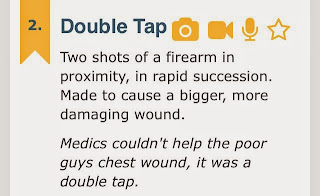 My Polar heart rate monitor informs me I earned twelve m & ms. The elastic holding the sensor in place suggests against it strongly. I probably shouldn’t have put it in the dryer last time I laundered it.

Dobby would not accept my gym sock now, even if doing so would make him a free elf.

Post workout dehydrated me would sooner consent to being injected with the bubonic plague than drink coconut water. I love the idea of it, but not the taste.

She HIIT Me – An Interval Training Victim Impact Statement

Why We Should Go For A Run: Mental Health & Joyful Movement

Tips For Creating A Fit Family – With Aeryon Ashlie